As I’ve written elsewhere, Apple iPhones typically have a longer lifespan than Android phones because of Apple’s ability to provide updates.  Android’s biggest security problem has been the inability to get timely updates, including critical fixes.

Effective July 2017, Google’s “Project Treble” is starting.   Project Treble is planned to be a mainstay of the forthcoming Android “O” release, but work is underway to implement this with other versions of Android as well.

The Android update process, illustrated below,  has too many moving parts: 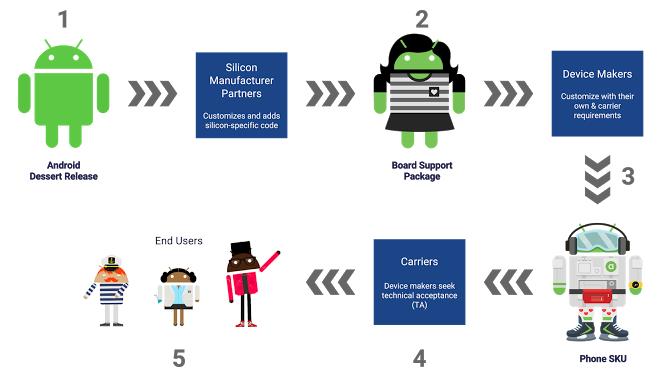 Android’s biggest advantage, it’s openness, becomes a disadvantage when it comes to updates.  Google’s Proejct Treble plans to simplify the process by de-coupling the vendor’s interface with Android, so that the low-level Android platform can be upgraded:

This is a good move that will not only strengthen the overall security of the Android user base, but makes Android a much more viable solution than Apple.